Where to See the Best Street Art in Santiago

Street art fans in Chile will know that Santiago’s rival and neighbouring city, Valparaíso, often steals the limelight when it comes to colourful creations. Yet Santiago has some wonderful murals, created both during the dictatorship as a weapon of resistance, and after the fall when the street art scene flourished. Here’s our pick of the best to see, and how to see them.

Bellavista
Santiago’s buzzing Barrio Bellavista is a splash of colour in the heart of the city, with endless murals depicting a number of different scenes, some of which are painted by professionals and others by budding artists. As you cross the river from Bellas Artes, you’ll spot artworks on Calle Loreto, Dardignac and Antonia López de Bello. Why the street art? Many shop owners will pay artists so that passersby will inadvertently gaze at the work, and maybe come in to check out the wares, attracted by the colourful creations.

As you progress further among the old buildings of Bellavista, you’ll spot the ones that have had a face lift with paint – be sure to check out some of the fabulous murals on Bombero Núñez and Santa Filomena, awash with colour. Even some of the river banks on the way to Bellavista have been taken over, making what was originally a rather grotty wall something spectacular to look at. 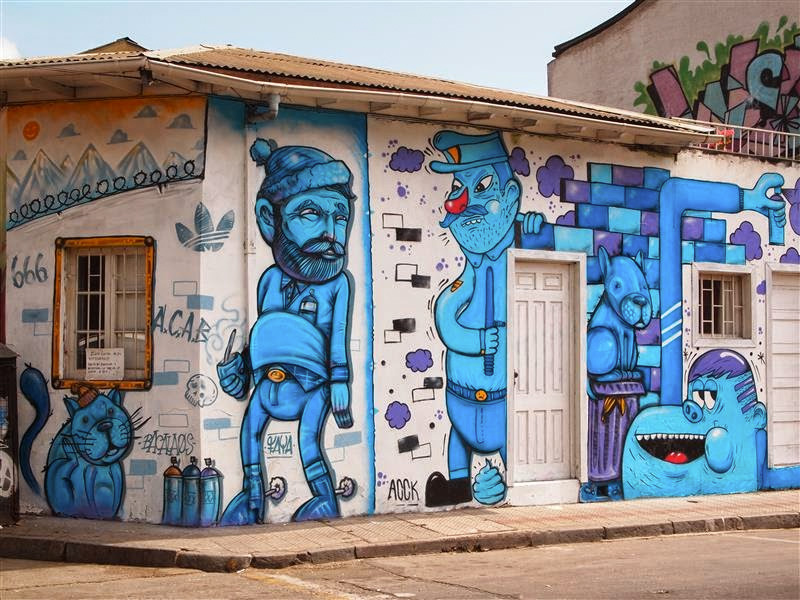 Museo A Cielo Abierto, San Miguel
A little further out of the city centre are the humongous murals of San Miguel, initiated by the Chilean government in 2010. The idea of this open-air gallery was to add some colour and life to the less affluent neighbourhood to make it a happier, vibrant place. Of course, the works had to be approved by the residents, and it now features over 40 murals, accessible to all. It is advisable not to go here alone as a tourist, so if you are travelling solo, join a tour – you’ll also find out more about the history that way too. 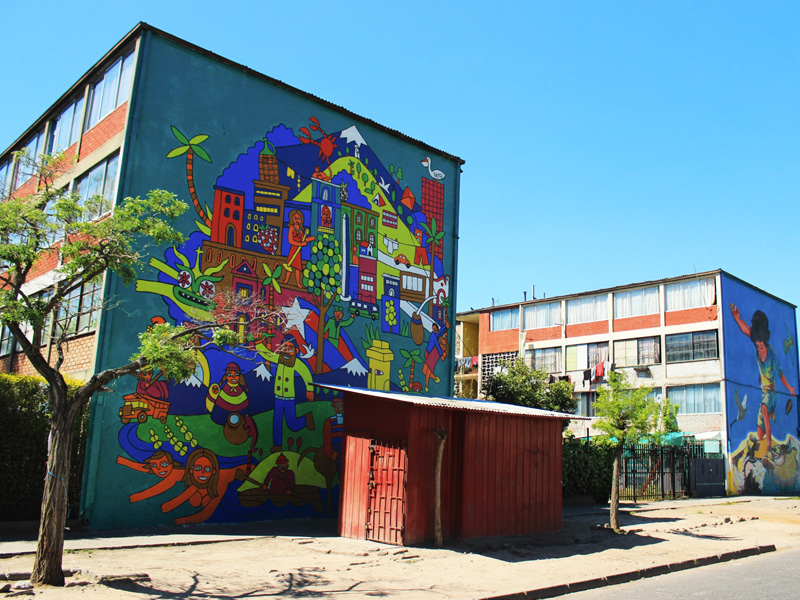 Barrio Brasil
This quirky neighbourhood doesn’t seem to be a place normally visited by tourists as it has no key attractions. In the mid-1800s this area was home to the aristocracy, and has now fallen into disrepair, providing the perfect canvas for artists. If you’re a wanderer, then you’re bound to spot some quirky places and fabulous art – start at Plaza Brasil and meander your way around. 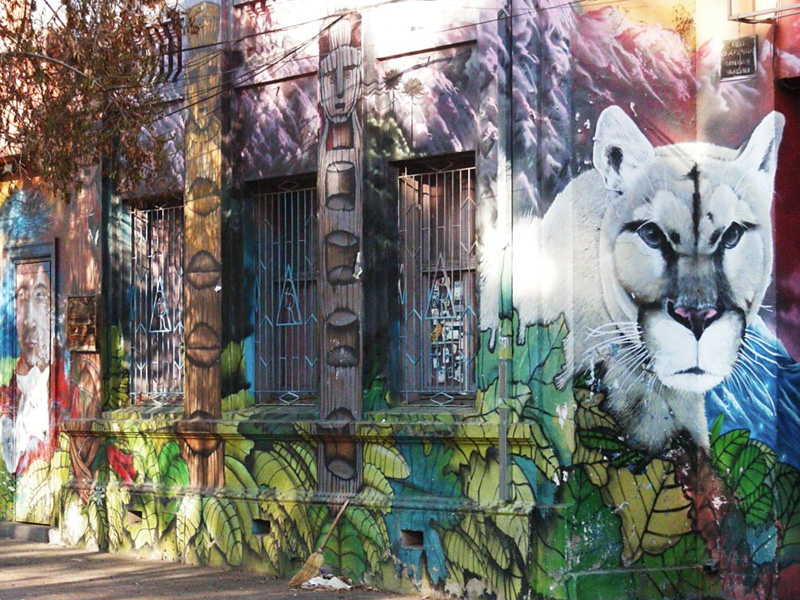 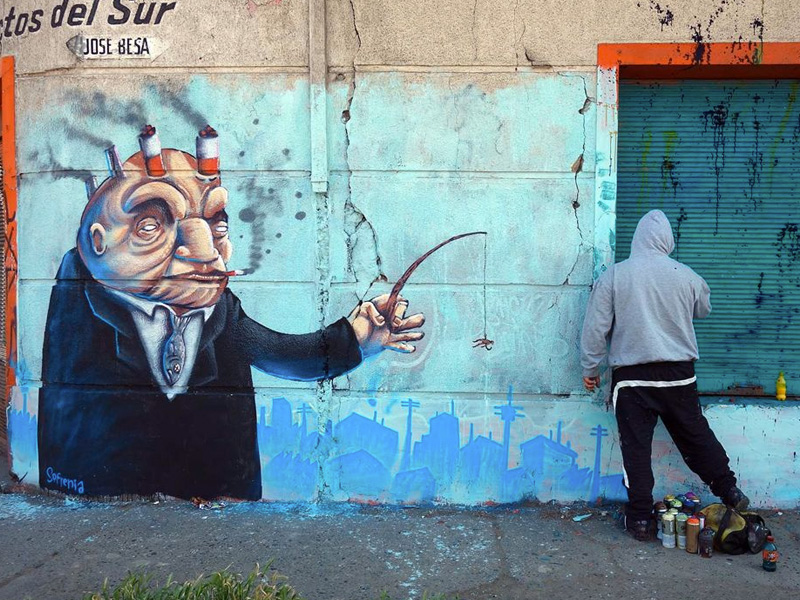