10 Reasons Why You Should Visit Sucre

Sucre is renowned for being one of South America’s most impressive colonial cities. Many of the buildings in the center of this wonderfully preserved white-washed town date back to the 16th century, a time when the Spanish Conquistadors were flush with wealth from the nearby mountains of Potosi. However, Sucre isn’t just about architecture. Here are 10 reasons why you should visit this amazing city.

Learn Spanish
Sucre is an ideal place to learn Spanish is that Bolivians are regarded as having one of the clearest and most neutral Spanish accents in Latin America. Locals speak slowly compared to, say, Chileans and the accent is easier to understand than in Argentina. People in Sucre are also very friendly and patient with ‘gringos’ trying to learn the language and it’s their laid-back attitudes and encouraging smiles which makes learning a new language that bit easier.

Enjoy the Nightlife
Sucre has a youthful population due to its many large and prestigious universities. As a result, the nightlife is buzzing from Thursday to Saturday, most of which is based within the city’s colonial center. Lots of gringo-orientated restaurants start serving beer as the sun goes down and eventually pack out as the night goes on. The town also boasts a dedicated English and Irish bar, a classy wine bar and a number of good discotecas to choose from.

Eat Some Amazing Food
There’s lots of yummy food just waiting to be eaten in Sucre. From local Bolivian dishes, to vegetarian delights and exquisite European fine dining restaurants, everything imaginable is on offer within walking distance of the city center. Prices are very reasonable across the board, so you’ll be sure to eat well in this captivating colonial city. 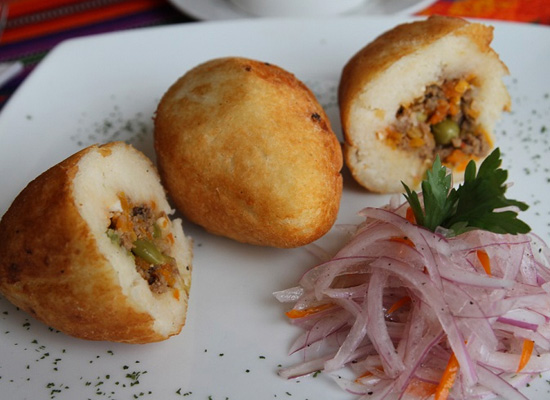 Visit a Fairytale Castle
Strangely enough, there’s an enchanting pink castle just a few minutes drive from the city. More at home in Belgium than Bolivia, Castillo de la Glorieta is a marvelous construction that was built to be the residence of a prince and a princess. Now serving as a museum, the castle provides a fascinating insight into a quirky slice of Bolivian history. 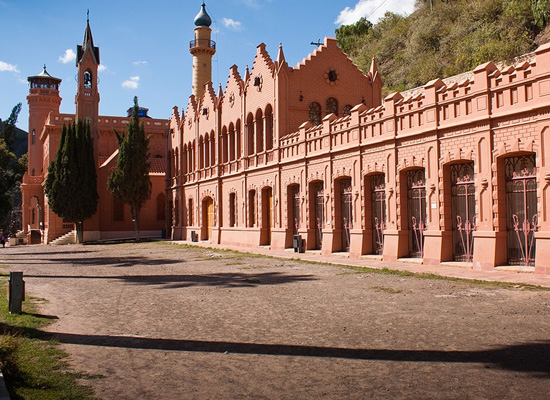 Marvel at the Colonial Architecture
Sucre showcases what is arguably the best example of Spanish colonial architecture in South America. A number of restaurants, cafes and hotels reside within these centuries-old edifices, which are as charming as they are historic. White-walled buildings, elegant balconies, leafy patios and bright terracotta rooftops with imposing steeples dominate the city center, creating an old-world charm that is unlike any other. 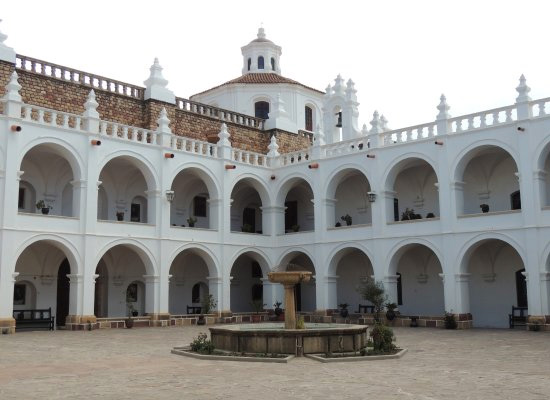 Check Out Some Awesome Museums
As the site of Bolivia’s declaration of independence, as well as indigenous settlements that date back millennia, there’s a great deal of history behind Bolivia‘s official capital city. The best way to learn the history is to visit one of the city’s fine museums, which cover a wide range of themes such as religious art, gemstones, ethnography, indigenous art and folklore.

Enjoy Some Excellent Hiking
An essential Sucre experience is to get out of the city and go on some wonderful treks in the surrounding countryside. Maragua crater is the most popular option, but there are also waterfalls, remote indigenous villages and ancient Inca trails to explore. Don’t be surprised if you spot a few dinosaur footprints along the way.

Learn About Dinosaurs
Sucre is a great spot to see some well-preserved dinosaur footprints and learn more about these prehistoric behemoths. Parque Cretácico is the place to go, with a number of footprints on display, an informative museum and some fun life-size fiberglass models for the kids (or the young at heart).

Shop at the Markets
Sucre hosts a number of vibrant and colorful markets, which locals flock to for clothes, everyday necessities and groceries. The markets also offer an interesting cultural experience, as the vendors are almost entirely indigenous cholita women dressed in their traditional apparel. For a fine selection of quality handicrafts, check out the Tarabuco Markets, which are held every Sunday morning. 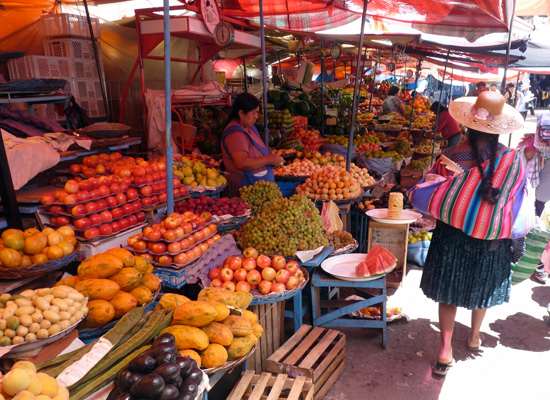 Relax in Sucre’s Parks and Plazas
Ample green space was obviously very important to the city’s earliest architects. Sucre’s city center is littered with charming little plazas and parks that are perfect for kicking back and doing a bit of people watching on a lazy afternoon. Among the best are Parque Bolivar, Plaza 25 de Mayo and Recoleta.